WHAT TO EAT IN NEW YORK

You’ll never get around to completing everything on your list of what to eat in New York. The city is bursting with amazing restaurants, food vendors and markets — which makes it very tricky to decide which treats you should choose to eat. We’ve whittled down our favourites to the places we highly recommend you seek out when you visit! 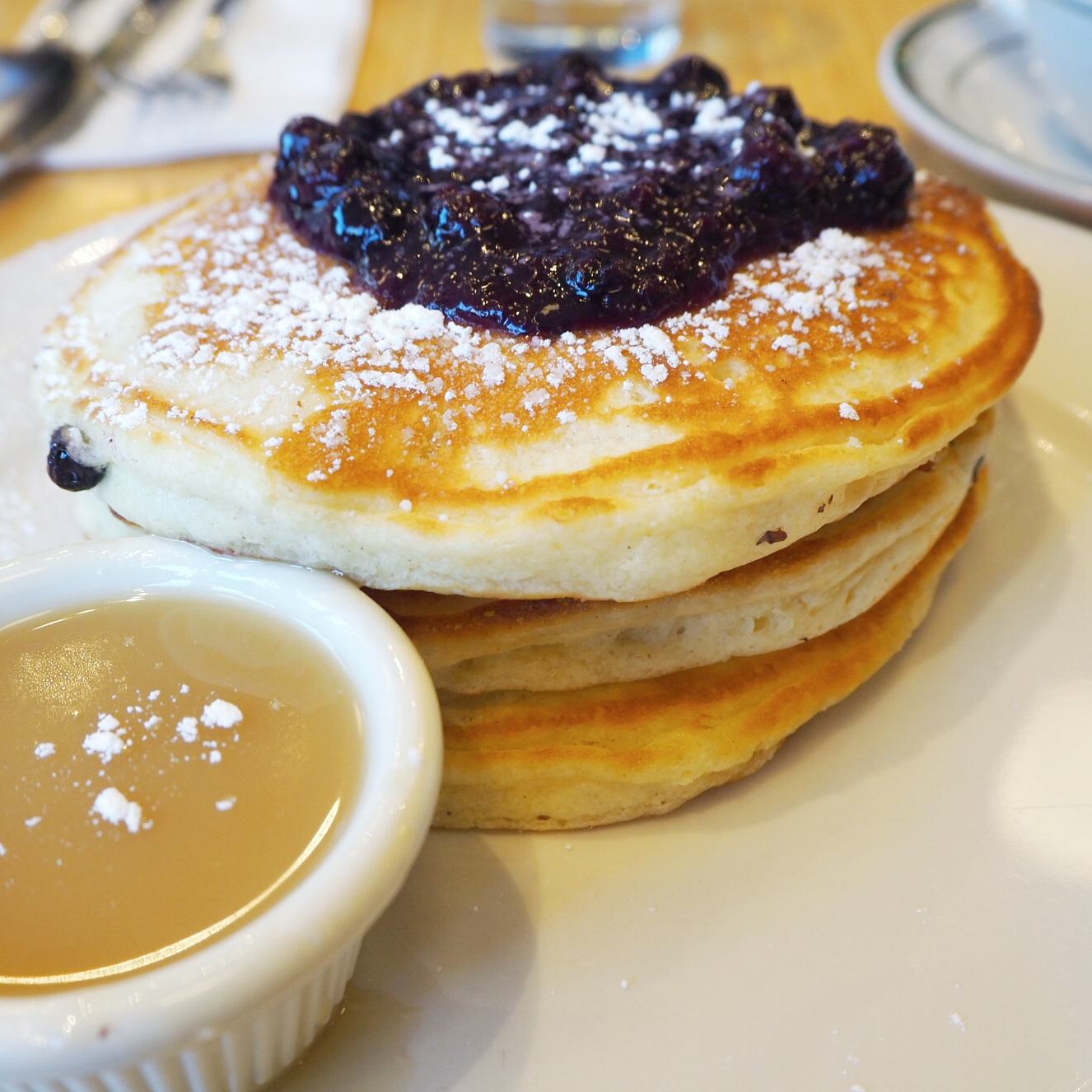 These pancakes have to be the fluffiest we’ve ever tasted. Made to a special recipe that adds lots of air to the mix, the texture of these is really something special. We went for the Maine blueberry topping, but they’re also available with chocolate chunks or banana walnut. Finished with a side dish of golden elixir, warm maple butter, which literally would make anything taste delicious. Get here early if you want to avoid the queues! 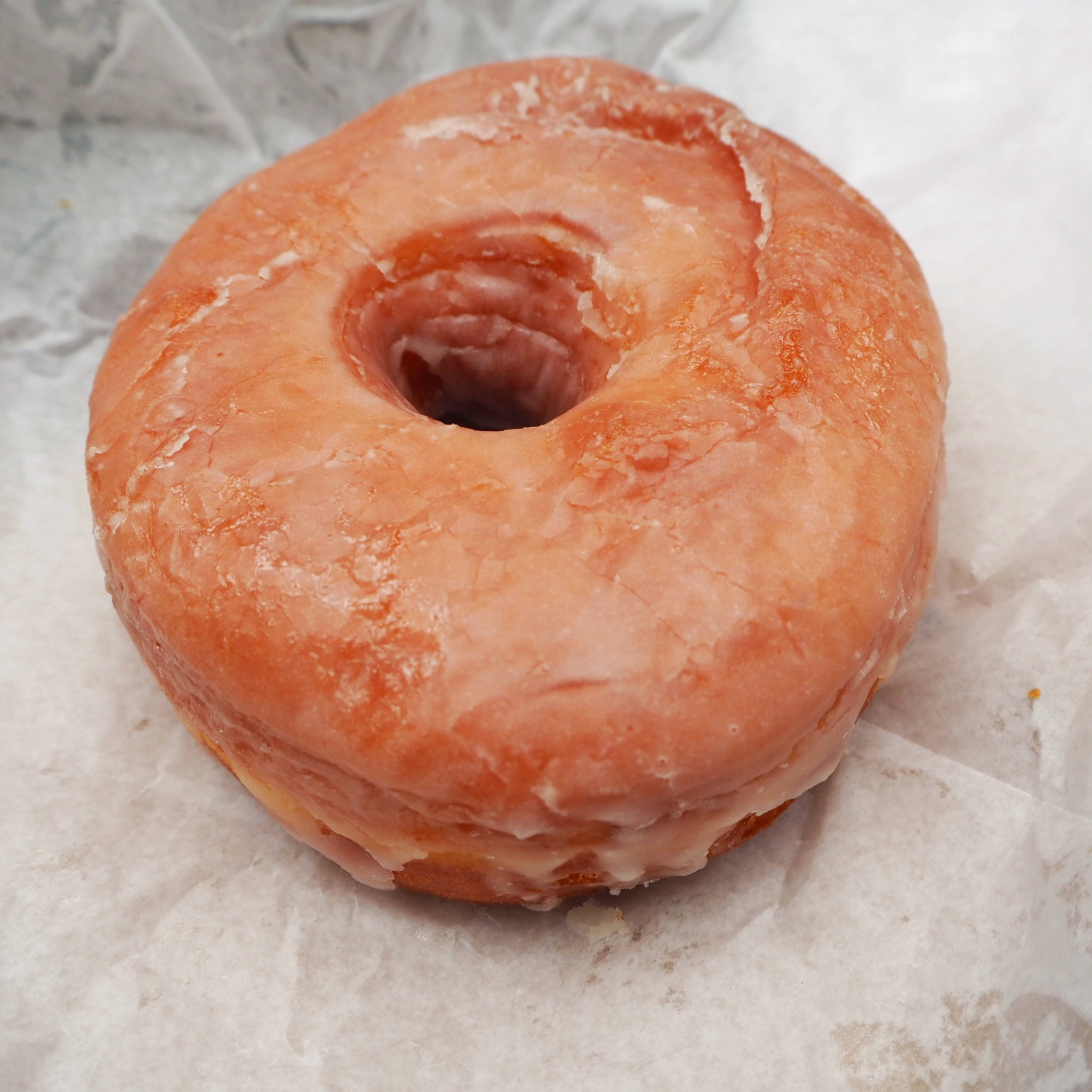 Before arriving in New York this time, a lot of research was put into what doughnuts to eat. Honourable mentions go to The Donut Pub (with their incredible display and seemingly unlimited flavours) and Doughnut Plant, whose pillowy doughnuts were delightful. The ultimate doughnut on this trip went to Dough. Maybe it’s because you would never get a doughnut this big in the UK, but the airiness this doughnut had was remarkable, especially considering its size. 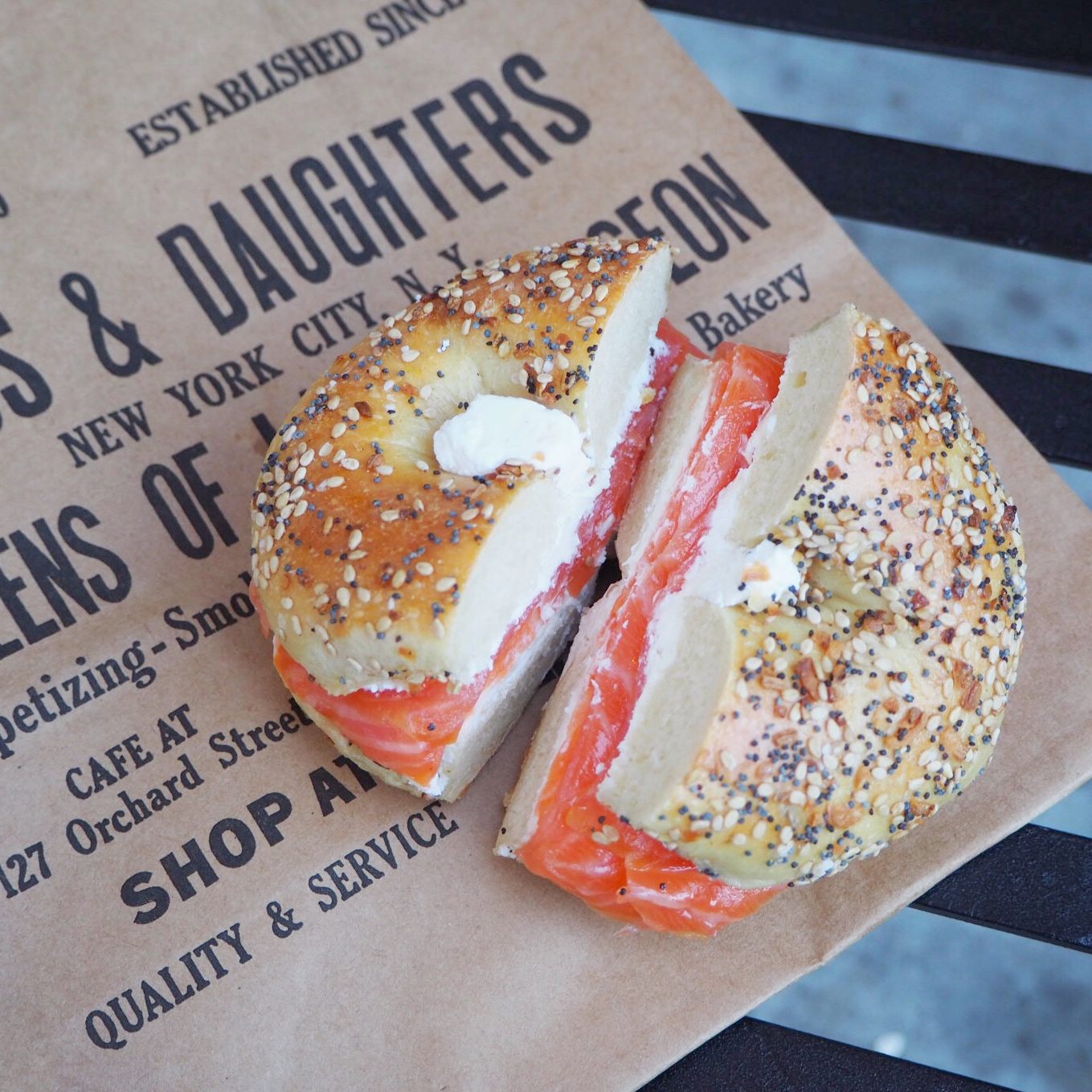 Stepping into Russ & Daughters was like stepping back in time. The whole shop was silent, despite it being completely packed. Everyone focused on the incredible skill and care that’s put into preparing each order by the helpful and friendly staff behind the counter. After taking a ticket, and waiting for your number to be called, you are guided by the knowledgable staff to what salmon is best for you (and offered samples if you can’t make up your mind). Once you have decided, your bagel is created in a way that you can only describe as an art form, with capers placed individually and salmon ribboned with precision onto the silky smooth cream cheese. Unwrapping this bagel outside the shop gives you the feeling of pure joy, and a sense that you’ve experienced a little bit of the past. 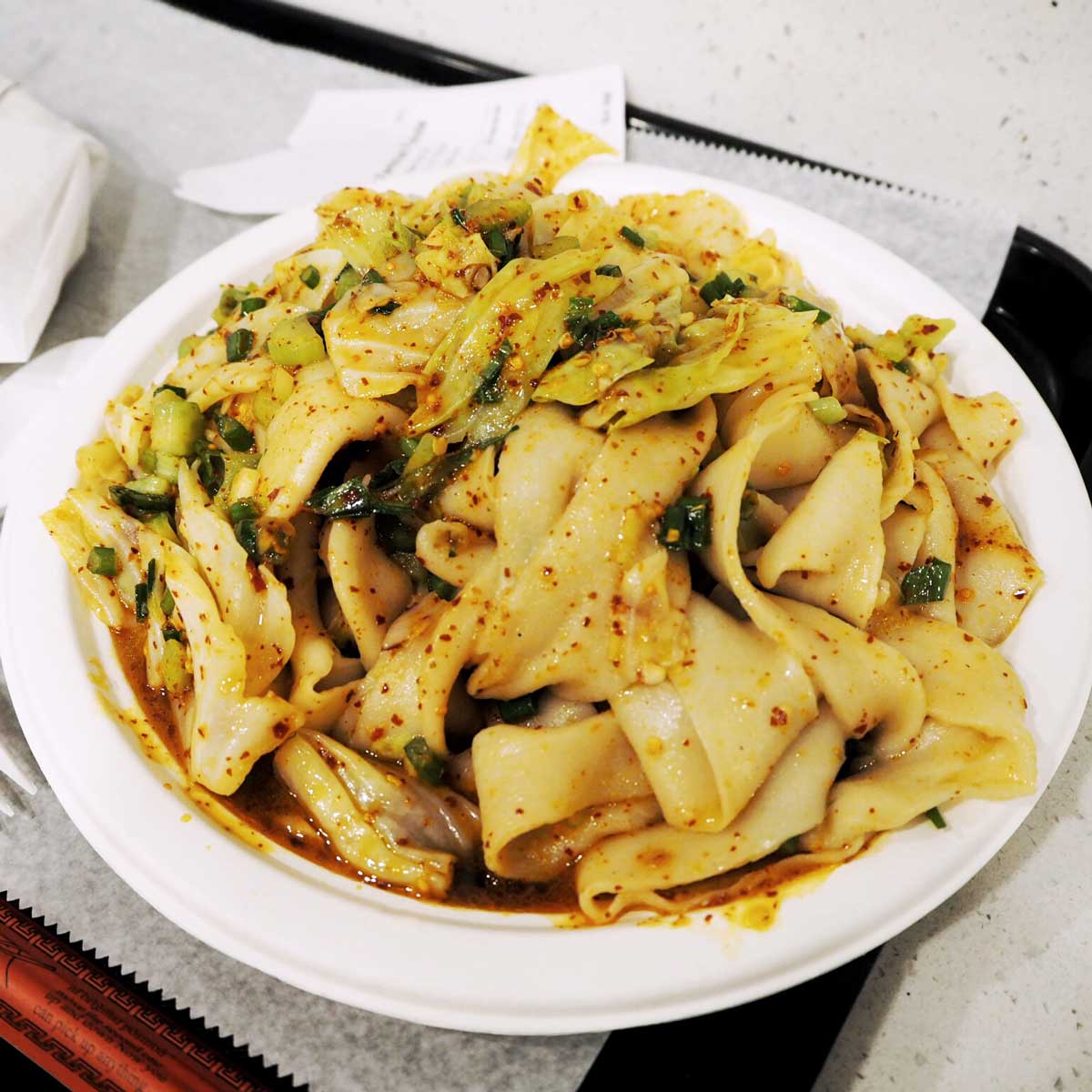 Biangbiang noodles are named after the noise the dough makes as it’s being slapped against a counter to stretch it out. Watching these being made is a real treat. Each dish of noodles is actually only a single noodle, which is stretched out to a long length and expertly hand ripped to create the correct size. These have to be some of the best noodles we’ve tasted, just the right amount of bounce and the perfect carrier to the hot and spicy oil that coats the noodles gloriously. There are a good amount of vegetarian options here too, which have the same amount of flavour and spice. 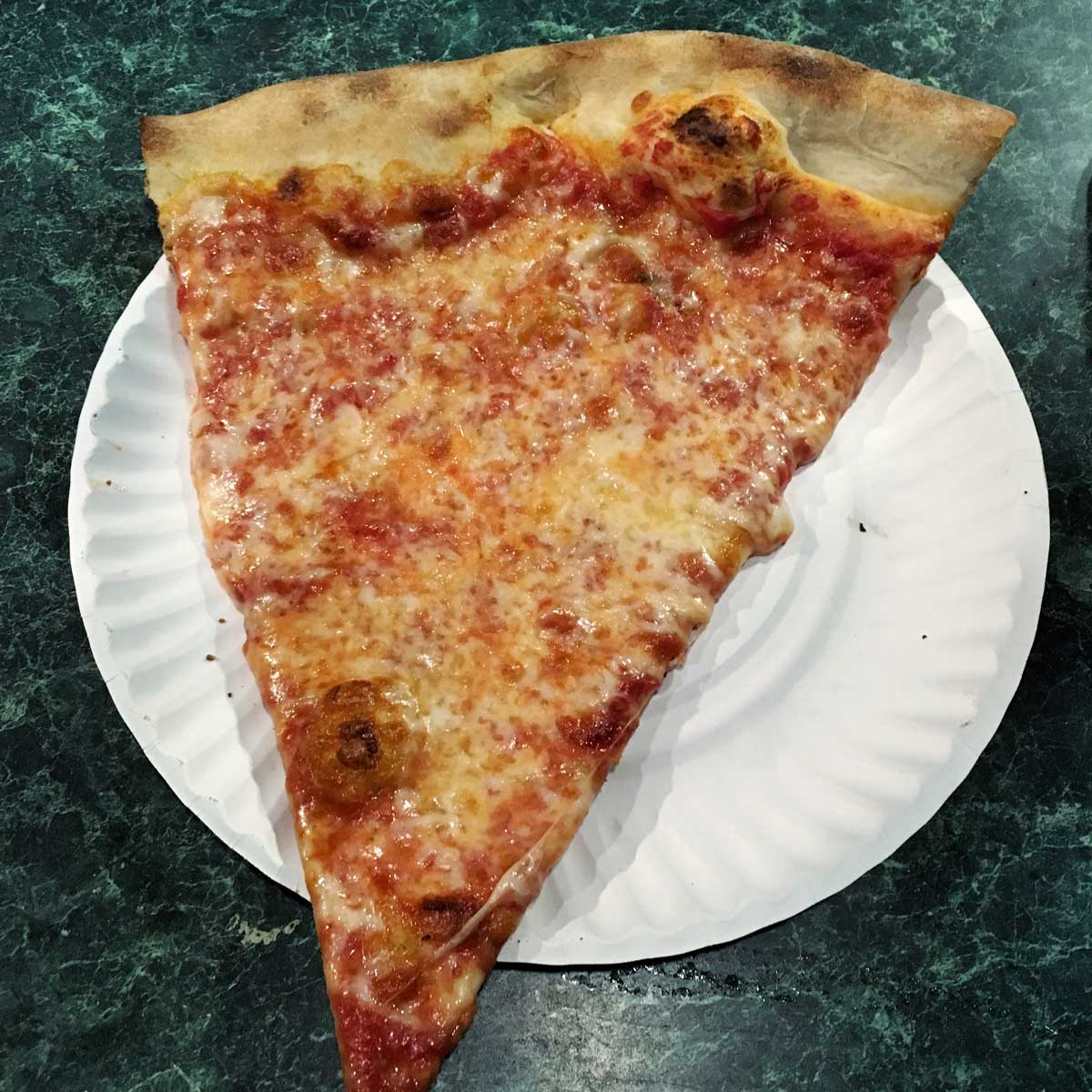 A slice (or several) at Joe’s Pizza

Have you even been to New York if you don’t have a pizza slice? Joe’s has been selling this quintessential NY food since 1975, flying pies out of the oven as fast as customers can eat them. This is a stand whilst you eat kind of affair, with huge tubs of salty parmesan and fiery chilli flakes on the counters to top your slice. There is nothing quite like standing outside, stuffing your face, and watching the world go by. The crust is so thin it’s almost cracker like, with the perfect amount of topping. New York style eating (folding the slice in half) is highly recommended. 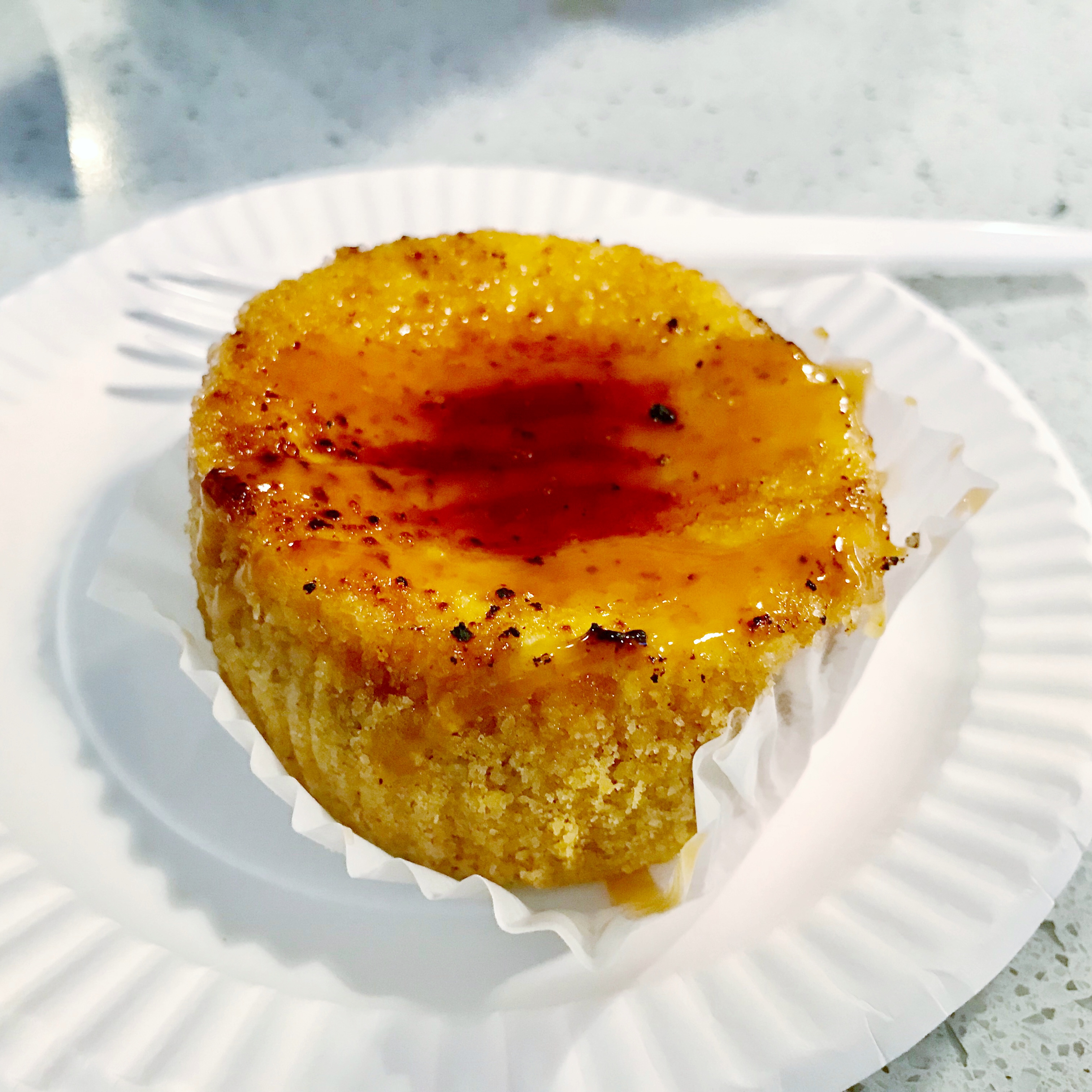 Anything from Eileen’s Special Cheesecake

If you’re a cheesecake fan, this is the ultimate destination. Never has this decadent dessert tasted so light and fluffy. Walking into this little shop you are hit by a cabinet displaying hundreds of individual cheesecakes of various colours and flavours, arranged like jewels in the greatest treasure chest imaginable. The crumb is golden and crumbly, and the filling is so light you could happily eat ten of these delectable morsels. And with a seemingly endless menu, you could change up the flavour each time. 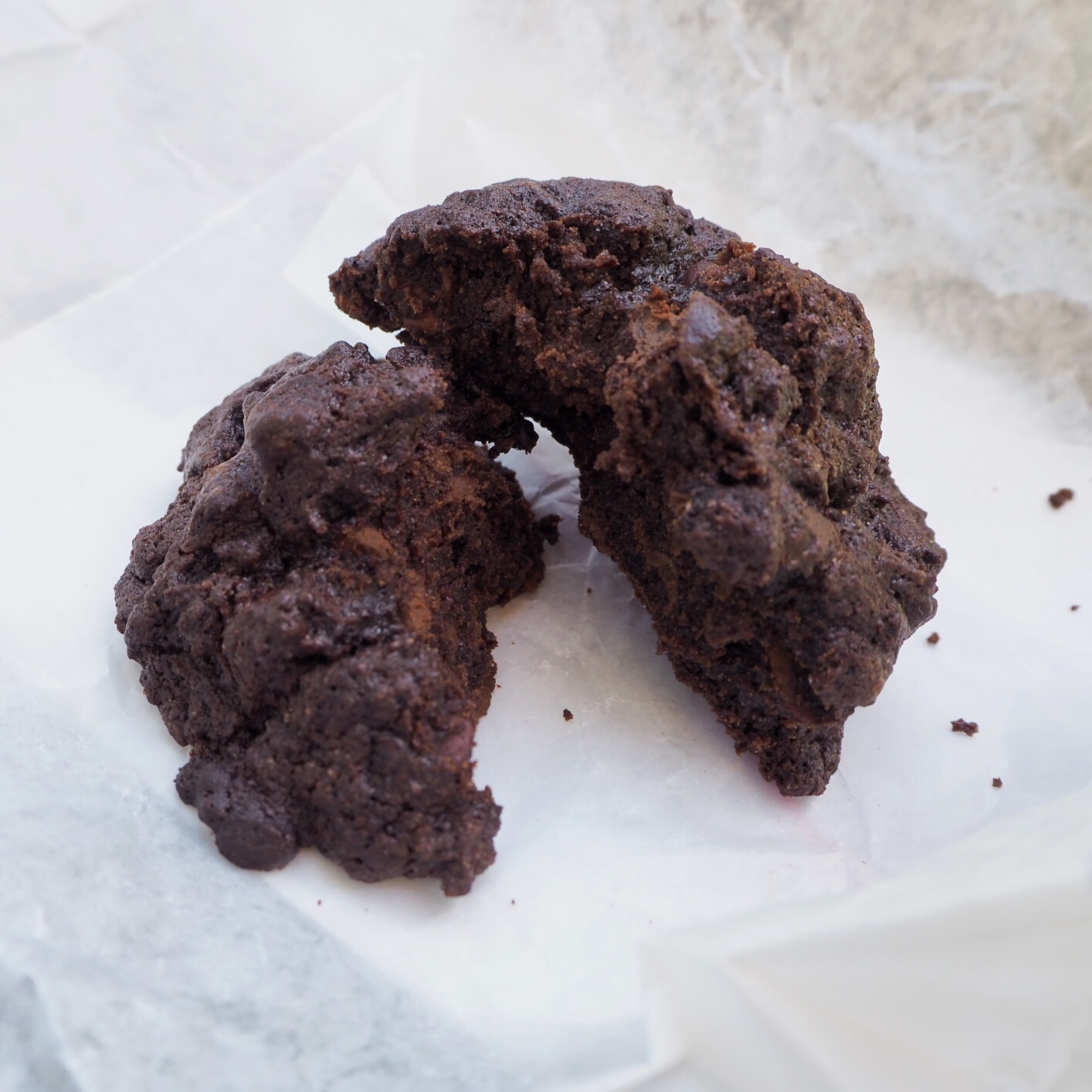 The greatest cookie you will ever consume from Levain Bakery

It’s hard to put into words how much we enjoyed this cookie. Preferring a chewy cookie over a cakey one, initial appearances of this chocolatey mountain gave doubts. But after one incredible bite, it was confirmed. The best cookie we’d ever eaten. It was the perfect amount of chew, chocolate, and crispiness. Eating this, sat on a bench in sunny Central Park, watching dogs and ducks and people, has to be one of the highlights of the trip. Biggest regret? Only buying one. 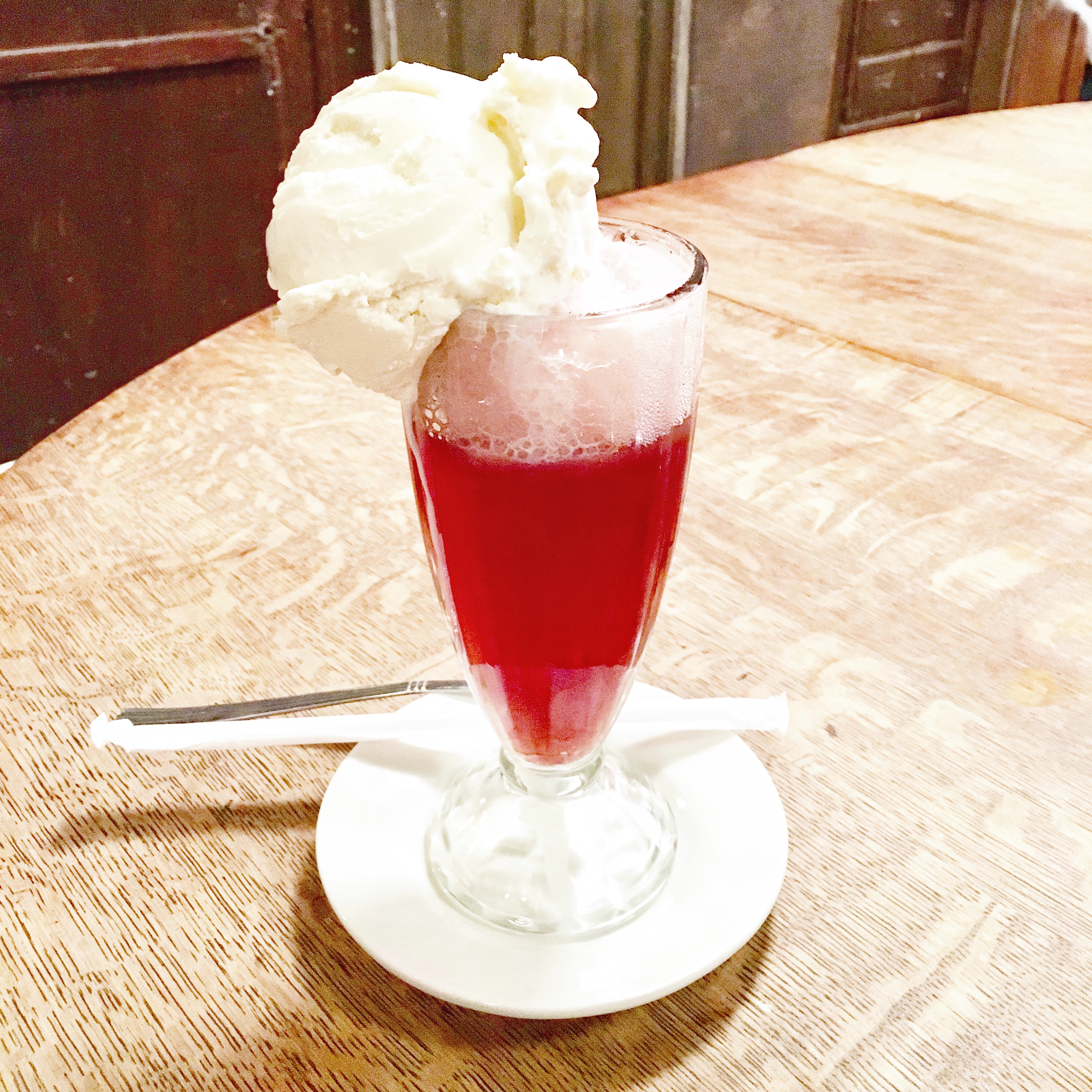 Before the trip we became fascinated by old school soda fountains, which used to be all over America. The craze has since dwindled, but in Brooklyn this gem is doing an exceedingly good job at rectifying this. Housed in a 1920s apothecary, Brooklyn Farmacy is packed to the rafters with original drugstore emphera. There are sundaes galore to choose from, but we opted for an ice cream float, with delightfully fizzy house made cherry cola and topped with vanilla ice cream. We also sampled a soda fountain staple, a cherry lime rickey — the perfect carbonated blend of cherry and lime, which was refreshingly crisp.

Honourable what to eat in New York mentions:

The shiitake bacon at By Chloe. How can a mushroom taste so much like bacon? Experience some true Vegan magic at various locations dotted around the city.

Brunch at Two Hands. Fresh and tasty, with punchy flavours and friendly staff.

Tacos at Los Tacos No.1. Salty, spicy and piquant, these tacos are messy but worth it.

A large fries at McDonald’s. Because you’re in the birth country of the Golden Arches and it’s so big it has to be seen, and consumed, to be believed.